Top 12 Causes of Brown Discharge After Period — Find yours!

Noticed brown discharge after period? It’s a fairly common occurrence! In fact, there is a good chance that a perfectly healthy woman also experiences this type of a discharge during, before, and/or after her period.

There are several causes for this variance: hormonal disbalance, ovulation or implantation and some other (read on). If the cause is serious, the secretion is usually accompanied by other symptoms.

So, is everything ok down there, or should you call your doctor? Read this information and you will know how to manage this problem! 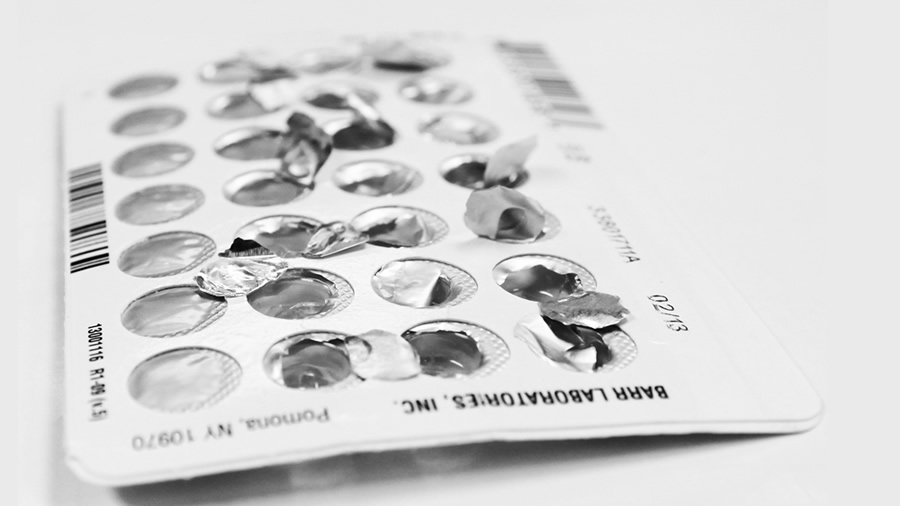 Birth control pills may be a reason of brown discharge

This is an extremely common cause for a brown color vaginal discharge. If you have recently done something new with birth control (including morning after pill), you may notice some spotting caused by hormonal changes in your body. However, if you are experiencing consistent spotting while on birth control pills or IUD, it may be a serious issue. Call your doctor just to ensure everything is okay.

Quite often, a delayed period could result in brown spotting after a menstruation cycle. This is caused by the shedding of the endometrial tissue lining of the uterus. This is a cleaning process of old blood and tissue out of the uterus. In most situations, there is nothing to worry about. However if the flow gets heavy and continues for several days, get it checked.

If you have noticed brown spotting 3 to 4 weeks after your last menstrual cycle, especially if you have recently indulged in unprotected sex or stopped taking birth control pills, it could signify implantation bleeding. This type of a spotting is an indication of an early sign of pregnancy. Already pregnant? Check out our article about brown discharge during pregnancy!

The worst type of yeast infection is usually accompanied by pain, burning and irritation along with brown spotting. Few of the infections will also vary in color and smell. You will know that there is a sign of infection due to the foul odor accompanying the discharge.

A pelvic inflammatory disease infection is a condition affecting the uterus, ovaries or fallopian tubes. Many girls develop PID due to a range of sexually transmitted diseases (STD) such as gonorrhea, vaginal warts, chlamydia, etc. Abnormally colored and foul-smelling discharge, spotting after periods, pain during sexual intercourse, tenderness and pain in the lower abdomen region, should be looked into by a physician.

The cause of bacterial vaginosis – Gardnerella vaginalis

Bacterial vaginosis is an infection caused by Gardnerella vaginalis and can be treated with the help of antibiotics. Patients usually feel better within just a few days of the treatment. This infection is not caused by sexual partner but more due to a weak immune system or a lapse in vaginal hygiene. Sounds not bad, yeah? Just get some treatment from your gynecologist and forget about this problem!

Endometriosis — a condition resulting from the appearance of endometrial tissue outside the uterus and causing pelvic pain, especially associated with menstruation.  — Oxford dictionary 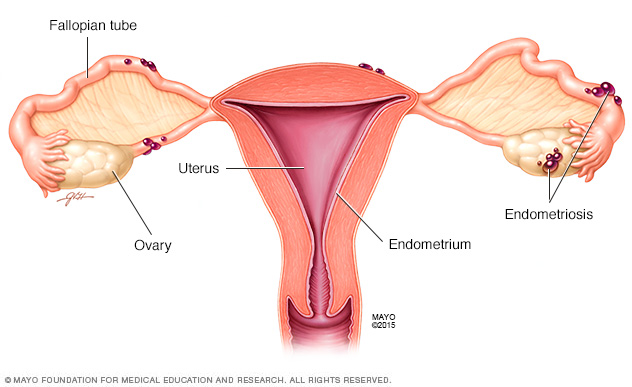 Endomtrial tissue outside the uterus

These tissues can be found in regions like the liver, pelvic area, lungs, fallopian tube, and the ovaries. Dark brown discharge prior to and after periods is one of the symptoms associated with endometriosis.

Additional symptoms associated with this condition are:

If you suppose you may have endometriosis the best option is to visit your gyn and find out a way to deal with this problem!

Bleeding after periods that lasts for over three menstrual cycles, may be something more serious than a normal brown spotting. If you experience heavy bleeding after intercourse, you must contact your gynecologist immediately. In few extreme cases, any unusual bloody secretion, whether red or brown, could indicate cervical or uterine cancer.

9. Damage To An Internal Part

In a serious case, a brownish discharge could be altered blood. This means it could be a symptom of some type of damage in the internal part of the reproductive organs. This will require a detailed examination. It could be caused by a polyp, an erosion or an injury on the mouth or the surface of the uterus. This could be a serious medical condition that requires immediate attention.

Symptoms of menopause include:

Yes, this could also cause disruption in your period cycle and interfere with your fertility. As a result, you will notice fluctuations in your period cycle accompanied by severe menstrual cramps and spotting. If you are under a lot of stress and have noticed some amount of spotting, it may be time to bring some lifestyle changes.

One of the signs of an underactive thyroid is brown discharge appearing 7 or more days after your period. Your thyroid controls certain hormones and is needed for your body to function properly. An underactive thyroid (or hypothyroidism) can also cause you fatigue, poor blood circulation, depression, constipation, and tingling in your limbs.

According to Dr. Millie Behera on Medscape, hypothyroidism can be to blame for abnormal bleeding between periods. Depending on the effect the lack of thyroid hormone has on your system, the bleeding before or after your period can be light to heavy. 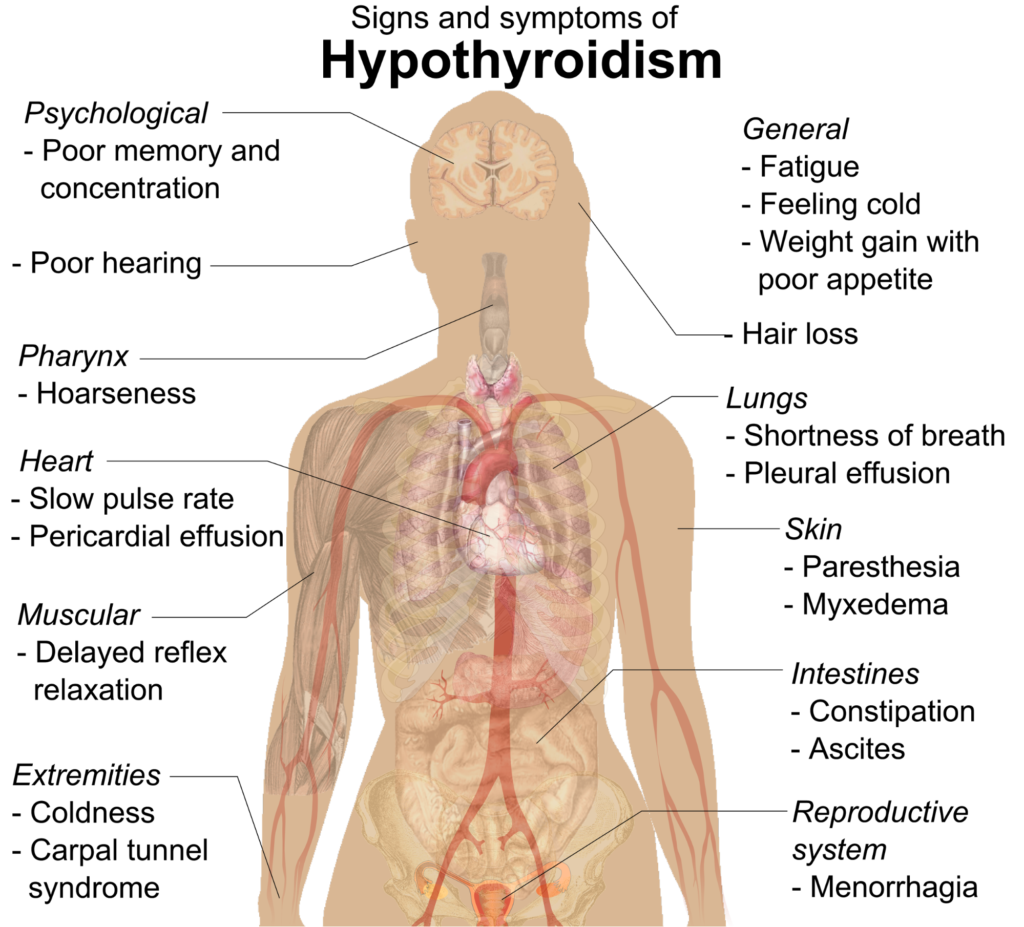 Certain medications may cause brownish discharge, including  the breast cancer drug tamoxifen (Nolvadex), anticoagulants, such as aspirin, warfarin (Coumadin), clopidogrel (Plavix), dabigatran (Pradaxa), apixaban (Eliquis) and rivaroxaban (Xarelto). If you have brown discharge of even bleeding after taking these medications, you should report about this situation to the doctor, who prescribed you that medication.

Possible reasons of brown discharge according to the day of period

1.Brown discharge a day after period

Blood discharge after period is very common. It could be watery or thick like mucus. This is normal and it is your body getting rid of the remaining of the uterus lining that didn’t shed during menstruation.

Vagina and uterus cleansing can go on for 2-3 days after your period has ended. You should be worried if it is accompanied by a foul smell or abdominal cramps or causes discomfort.

If you experience brownish discharge 10 days after period this may be a sign of pregnancy. Implantation bleeding happens 6-7 days past ovulation when the fertilized egg attaches itself to the walls of the womb.

This could be an ovulation spotting. Ovulation usually occurs around 12-16 days before your period starts. This varies from woman to woman and also on the length of your menstrual cycle.

So, how can you deal with this?

You must never overlook any unusual symptoms of postmenstrual bleeding. Call a doctor right away to discuss and resolve the issue at the earliest. Treatment for brown color discharge after menstruation can be done in accordance with diagnosed cause. Your physician may prescribe simple medication, lifestyle changes or small dietary alterations to tackle this problem.

Pay attention! According to Mayo Clinic, if you have following symptoms, you have to visit your gynecologist ASAP:

Keep in mind, most of the time, brown discharge after period is not a potentially risky situation. However, if the problem prolongs, that is a reason to visit a gynecologist. Early detection is the best way to resolve any serious condition.

Always keep an eye on any prolonged changes in the consistency and color of the vaginal discharge. Finding out the cause and starting treatment at the earliest can save your life!

Brown Discharge Instead Of Period 7 Common Causes And