≡ Menu
All About Vaginal Discharge > About 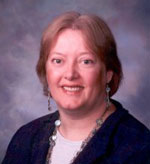 I am Dr. Christine Traxler MD — a family practitioner with a special interest in obstetrics and gynecology. I graduated from the University of Minnesota Medical School in 1986 and did my internship and residency at the Fairview University Family Practice Residency at Smiley’s point. After that, I worked as a locum tenens physician for a couple of years treating emergency medicine patients. I then signed onto work at the Minnesota Valley Medical Center Hospital and Clinic, where I delivered hundreds of babies and treated thousands of women, many of whom dealt with issues related to vaginal discharge.

I treated many women with white vaginal discharge that was associated with yeast infections. This thick, clumpy vaginal discharge was often associated with itching and burning. It was easily treatable with anti-yeast medications. I taught them that over the counter vaginal creams and suppositories worked as well as prescription antifungals in the vast majority of cases so they could manage their symptoms at home should they happen again.

I chose to be a part of this site because I believe that every woman deserves to understand the meaning of her vaginal discharge and cervical mucus. It puts women in charge of something that has for so long been confusing to many women. Happy reading!