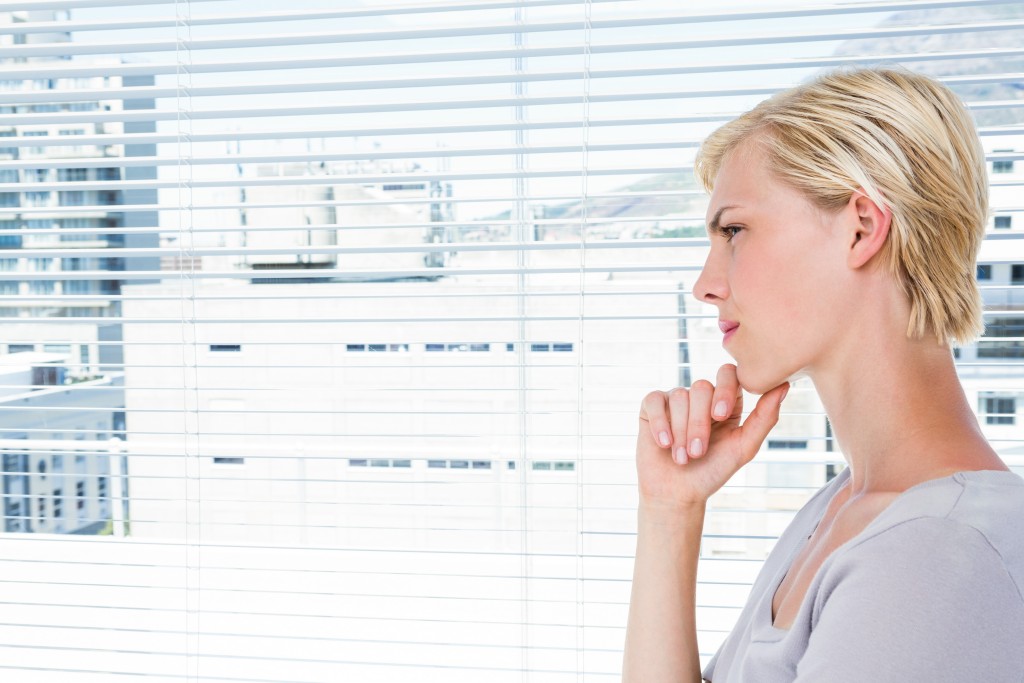 Sometimes the color or consistency, and sometimes the smell of the discharge changes. Knowing why it looks that way, or why it smells that way can relieve you of some of the anxiety, and in some cases, it will help you seek the right aid and treatment.

The normal discharge for women is around a teaspoon or 20 to 60 mg a day, increasing up to 600 mg during ovulation. Much like phlegm and mucus, its purpose is to carry away bacteria as well as old cells outside the body. It can be a clear, white milky discharge that turns yellowish when exposed to air. It is secreted by glands from the cervix. Its density is determined by your estrogen levels which rise during ovulation. It is thick right after menstruation and becomes more fluid during ovulation. This is to facilitate the passage of sperm.

During pregnancy, assuming there are no complications, the regular daily discharge remains the same clear or white milky color but there is a lot of discharge. This is for added protection for the growing embryo. An increased discharge is one of the signs of suspected pregnancy.

The discharge or mucus is actually made up of large proteins called mucins and 93 percent water. The water content increases during ovulation, hence making it more slippery for sperm passage. It also contains electrolytes such as calcium, potassium, sodium; organic compounds such as glucose sugar, amino acids, proteins; trace elements such as zinc, copper, iron, manganese, selenium; free fatty acids; enzymes and prostaglandins. During ovulation, apart from carrying the sperm, it also makes the environment hospitable to sperm by being alkaline. However, during non-ovulation periods, the progesterone level is higher than the estrogen level, and the discharge or mucus becomes thicker and more acidic, discouraging the entry of sperm in a uterus without an egg.

During sexual arousal, glands near the vagina called Bartholin’s glands add additional discharge to function as lubricant for the entry of the penis. This may cause excessive vaginal discharge. This lubricative fluid contains aldehydes, pyridine, squalene, urea, acetic acid, lactic acid, complex alcohols and glycols, ketones, and water. The lubricating fluid is slightly acidic to kill germs. However, strangely, it is not hospitable to sperm which are mildly alkaline.

It is normal for women to experience a heavy discharge or excessive vaginal discharge or a lot of discharge after exercise or any physical activity. It is normally a clear watery discharge. You can think of it as additional sweat.

Unfortunately, if you are pregnant, a clear watery discharge could be the sign of amniotic fluid leaking. The baby is encased in an amniotic sac which protects it. The leak should occur on or near the due date. This is the so-called “water” that breaks. If you suspect you are leaking amniotic fluid long before you are due, then something might be wrong with your baby.

Depending on other factors, the supposedly clear watery discharge of amniotic fluid may be tinged with yellow, green (presence of white blood cells fighting bacteria), pink or brown (blood cells).

Urine may be mistaken for amniotic fluid. Pregnant women are susceptible to urine incontinence due to the pressure exerted by the growing baby on their bladder. A simple involuntary action such as a cough or a laugh can easily trigger the leak. Be cautious and consult your doctor as soon as possible but do not panic prematurely. 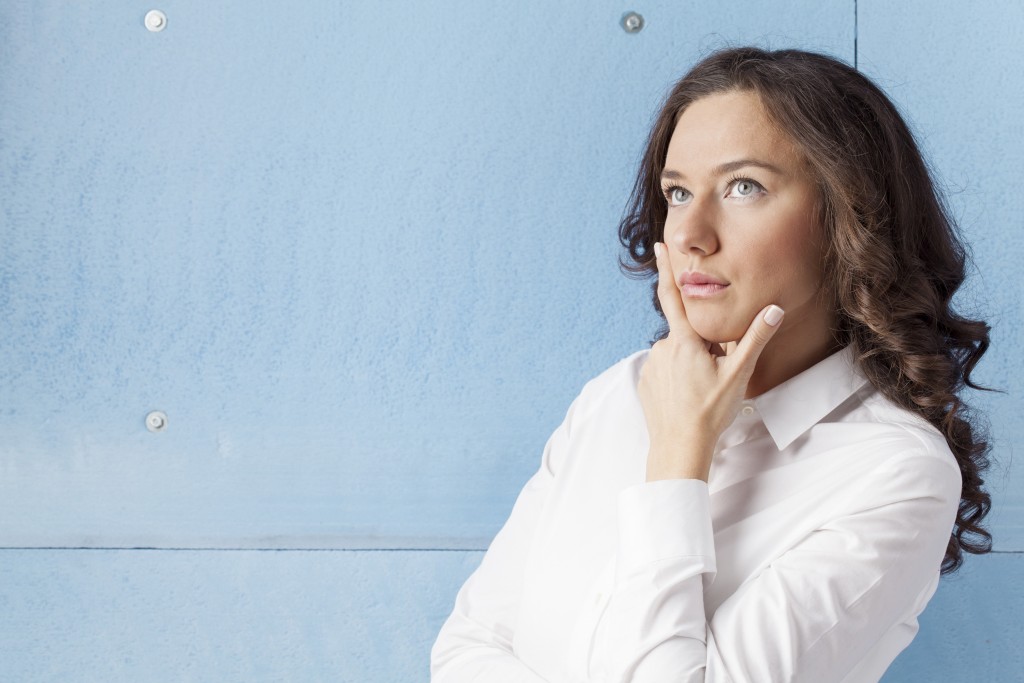 It is possible for these regular discharges to have some spotting. Sometimes spotting can take the form of a brown discharge or pink discharge caused by blood cells. Menstruation is initiated by a drop in estrogen levels. Estrogen also drops when the egg is released. This confuses the uterus and it may actually start a mini-menstruation process. So you may find some blood with your regular discharge even though your period is 2 weeks away.

It is also common among young girls to experience a light brown discharge prior to their first menstrual cycle. This is to shed old cells from the uterus.

Spotting or brown discharge or pink discharge can also occur during the onset of pregnancy during what is known as implantation. During this time, the fertilized egg implants itself onto the uterine wall, causing some bleeding.

Spotting may also be caused by sex, especially sex during pregnancy. A lot of couples panic when this happens after sex, thinking they have harmed their baby. But more likely the blood is from the rough action of sex on the cervix made softer by pregnancy. The spotting normally disappears after 2-3 days when the abrasive wounds heal.

Further along the first term of pregnancy, if there is some spotting, it could indicate a miscarriage. This is true especially if it escalates eventually into a very bloody discharge. A miscarriage happens when the fetus does not survive while in the womb and the body must reject the dying cells. If the fetus has only been alive for 6 weeks, the rejected tissue will occur as spotting with your regular vaginal discharge. There have been instances that women experienced a miscarriage without knowing they were even pregnant in the first place. If it has been 6-13 weeks of pregnancy the miscarriage will appear as 5 cm clots. If it has been more than 13 weeks, the fetus itself may be passed, but the placenta may be retained, making a surgical procedure necessary for its removal.

If the fetus has survived the first term, complications might come in the form of placenta previa or placenta abruption, or when the placenta, which supplies oxygen and nutrients to the baby and removes the wastes from its blood, is not attached to the roof of the uterus as it should. It may be found at the bottom part of the uterus, blocking the cervix, where the baby is supposed to come out. This too can cause bleeding or spotting in your discharge. It is also possible for the placenta (accreta) to attach itself too deeply into the uterine wall, and this can too cause bleeding and lead to a bloody discharge.

During pregnancy the cervix is blocked by a mucus that has accumulated. This is called an operculum, or more popularly known as “the mucus plug”. The mucus plug comes out near the due date so that the baby can pass through the cervix. It looks like snot. It may come out as one glob or as sticky saliva-like drool over a few days. If there are complications such as the ones mentioned involving the placenta, it will come out with brown or red streaks or spotting.

Several sexually transmitted diseases, for example trichomoniasis, chlamydia, gonorrhea, pelvic inflammatory disease etc., may cause a yellow discharge accompanied by a foul-smell due to the presence of bacteria. In addition to this, these infections cause inflammation of the vagina, thus making it more susceptible to bleeding during sex and thus causing spotting.

In the same manner, disorders such as atrophic vaginitis (the shrinking of vaginal tissues due to lack of estrogen) also cause inflammation of the vagina and, therefore, making it susceptible to bleeding during sex.

Polyps and genital warts may be destroyed during sex and also cause bleeding.

Normal everyday discharge can turn yellowish when exposed to air, such as in discarded underwear. Other than this it is a clear sign that bacteria exists, just like you get from snot when you have a cold. The yellow color is actually from the action of the white blood cells eosinophils and neutrophils that fight the infection. Some yellow discharges are tinged with green. The green color is from the dead white cells.

Specific examples of vaginal infections which usually cause yellow discharges are the following.

A yellow discharge accompanied by itching and burning sensation while urinating points to chlamydia or gonorrhea.

Green discharges appear as the sign of chronic infections. The green color is not from the bacteria but is actually from dead white blood cells which fight the infection called neutrophils which release a green pigment called verdoperoxidases. It’s the same pigment responsible for the color of pus.

The presence of any of the following infections may trigger green discharges: lichen sclerosis, trichomoniasis, vaginal warts, gonorrhea, chlamydia.

Regular, normal discharge is clear or milky white. However, an extremely white, curdy discharge, the so-called cottage cheese discharge, points to the presence of a yeast infection. Yeast, also known as Candida, is a fungus that is normally present in the vagina, as well as in our mouth and digestive tract. The overgrowth of this fungus occurs when the balance of organisms is destroyed. This could be due to taking certain medications, or using douches that kill normal bacteria, or wearing clothing that traps sweat, which stimulates the growth of fungus. Being stressed or sick or pregnant can also upset the balance.
Another infection that can cause a white discharge is bacterial vaginosis. Even though it can also produce a yellow or grey discharge, as long as it is a fishy smelling discharge, it is bacterial vaginosis.

Although infections are indicated by unusual colored discharges, smelly discharges accompanied with vaginal itching or inflammation, itching alone may point to the following conditions.

1. Skin allergy – This may be triggered by the use of certain products, such as some kinds of soap.

2. Fungal infection – Jock itch, which is a type of ringworm which forms in the vagina, can cause itching, but unlike yeast infection, it does not produce changes to your regular discharge.

3. Seborrheic dermatitis or dandruff and psoriasis may cause the skin around the vagina to flake and hence make it itchy.

4. Scabies – are caused by mites which burrow under the skin. The itching gets worse at night.

5. Parasites – Such as lice that can attach to pubic hairs. Threadworms from the anus may travel and infect the vagina.

6. Vaginal dystrophy – caused by deficiency in vitamin A, B2 and B12, iron and folic acid.

Even though there is no change in your regular discharge, a foul odor still indicates the excessive presence of bacteria, and probably of an infection. It is possible that other factors are involved that prevented the production of mucus or of the white blood cells that fight infection and give the characteristic color of infected discharges.

What you can do

It hardly needs to be said but always maintain proper hygiene. Wash and change your underwear regularly. Bacteria thrive in warm and moist environments. As much as possible wear breathable cotton and loose clothing. Douching and the use of scented feminine products are actually frowned upon because it upsets the natural balance of organisms. Although there are many over the counter medications, it is best to be sure and consult a doctor or you may end up either worsening your condition or wasting your money on a treatment that will not work for you.