Everything You Need To Know About Light Brown Discharge

Light brown discharge can be described as excess mucus-like fluid produced by the cervix and vaginal walls. Vaginal discharge is a normal and even healthy occurrence since it is the body’s way of cleaning up the vaginal area and maintaining a healthy environment. The discharge is responsible for removing bacteria and dead skin cells from the vaginal area. This self-cleaning mechanism is necessary for keeping infections at bay. END_OF_DOCUMENT_TOKEN_TO_BE_REPLACED

Brown Discharge Instead Of Period 7 Common Causes And Preventive Measures

Brown discharge instead of period can raise several doubts in a woman’s mind. Almost all women will start thinking about the dreadful medical conditions, key reasons and consequences, of brown vaginal discharge instead of a monthly menstrual cycle. However the real question that remains to be answered, is whether dark brown menstrual bleeding really dangerous? It is vital that you determine when a condition is potentially unsafe and in which situations you must consult a doctor.

END_OF_DOCUMENT_TOKEN_TO_BE_REPLACED 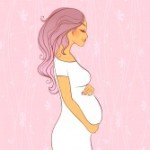 Brown discharge during pregnancy can be a serious issue threatening a healthy gestation. Some vaginal bleeding occurring in very early stages of pregnancy could simply indicate a successful implantation of the fertilized egg. However, any bleeding that occurs later on could be due to a critical condition such as separation of the placenta. Regardless of whether the bloody discharge is pink, red or brown in color, bleeding while being pregnant can be a scary and alarming sign. END_OF_DOCUMENT_TOKEN_TO_BE_REPLACED

Brown Discharge Before Period Top 7 Things To Do 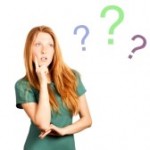 Brown discharge before period is usually old blood from the uterus. Each month, the uterine lining gets filled with blood and builds up to receive a fertilized egg. If no fertilized egg enters the uterus in any given month, the hormonal levels in a woman’s body drops. This causes the shedding of the the uterine lining. As a result, you may notice a pink or red spotting in most instances. However at times, old blood comes out of a woman’s uterus and she notices brown spotting before her period is due. In case this type of spotting is not quickly followed by a period, you should consider setting an appointment with your doctor at the earliest.