Vaginal discharge may be uncomfortable, but it is your body’s way of cleansing and removing old tissues, as well as preventing germs from entering the body. 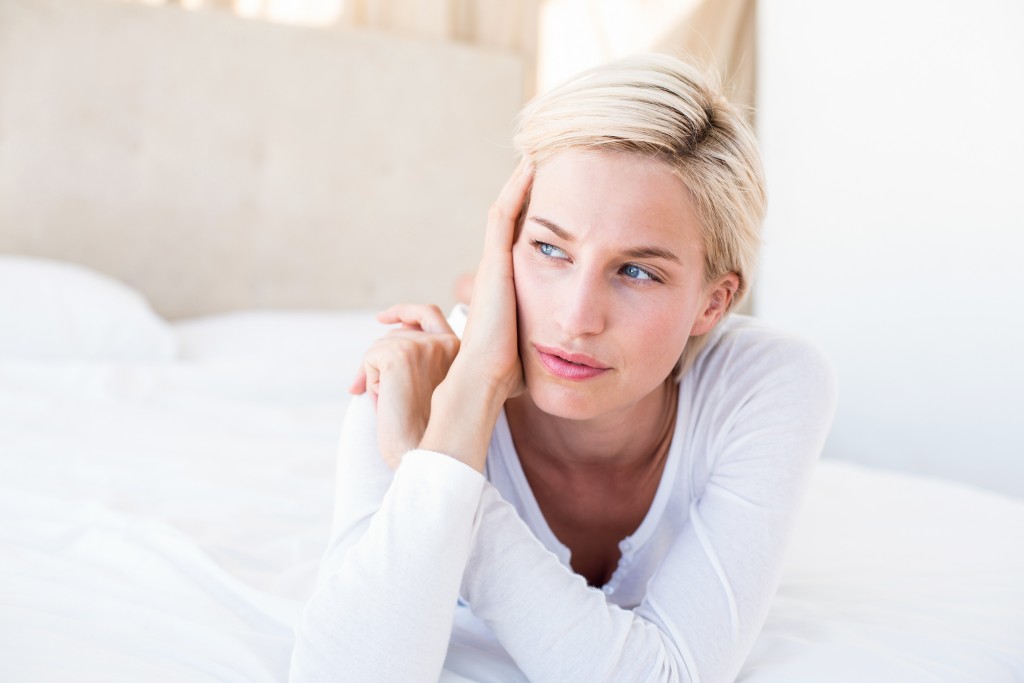 Vaginal discharge varies along with the menstrual cycle. You would normally discharge around a teaspoon each day. At the beginning of the cycle, right after you have had your menstruation, you produce a thick and pasty white discharge. This happens for around 6 days before ovulation. It doesn’t encourage the entry of sperm because there is yet no egg to be fertilized.

The discharge becomes more fluid and can be likened to egg whites, until it becomes lubricating when the egg is released from the ovary to travel to the uterus. This is to facilitate the entry of sperm. The reproductive system is after all, geared toward reproduction.

You can also produce a clear and watery discharge especially after exercising. The heavier the exercise, the greater amount of discharge. However, this clear and watery discharge can also be a sign of bacterial vaginitis. The difference is bacterial vaginitis is accompanied by itching or a burning sensation. The discharge is apt to be foul-smelling as well. No matter what color the discharge is, as long as it is accompanied by a foul smell and itching then there is some disease involved. There is no reason to panic, however, as most vaginally related diseases are treatable with antibiotics.

Vaginal discharge will also start to change when you suspect that you are pregnant. First of all, there will be an increase in the amount of discharge. The womb is preparing itself to protect a growing baby. There will also be some spotting caused by the fetus implanting itself onto the uterine wall. If the spotting is detected long before it is time to menstruate then there is a good chance that you are pregnant. On the other hand, the increased amount of discharge can indicate other possible causes such as expelling semen after sex.

Likewise, the spotting can be due to small abrasional wounds from sex. Increased amount of mucus like discharge and spotting, combined with other pregnancy onset symptoms, such as nausea, skipped period, breast sensitivity may likely indicate pregnancy, but it could also indicate stress, fatigue or illness. Only a pregnancy test can accurately determine if you are pregnant of not.

If you are indeed pregnant, these secretions form a mucus plug in the cervix, protecting the uterus from the outside world of germs and other contaminants. As the due date approaches, the baby grows bigger, the cervix opens wider, and the mucus plug is pushed out and expelled through the vagina. It has been likened to snot. It may come out as one glob or as sticky strings over several days. The mucus plug may also come out with dark brown streaks. This is blood and could indicate some complications in the coming labor, such as the baby coming out in breech position.

One of the common causes of bleeding at this late stage is placenta previa, when the placenta that gives oxygen and nutrients to your baby and disposes of its waste is not connected properly to the upper side of the uterus. Instead, it may be located near the cervix, blocking the baby’s exit. Women who have this are advised to look out for fresh spurts of blood to come out with their discharge. Of course, your doctor must immediately be notified.

In the early stages as well, after spotting due to the fetus implantation in the first week, detecting spotting in your discharge can warn of a miscarriage. However, it is also possible that the spotting is from sex. Pregnancy makes the cervix softer and easily abradable during sex. It is wise to be cautious and inform your doctor at once. On the other hand, you should not panic either.

Apart from these, any abnormalities in the usual color or smell of your discharge is an indicator of infection or disease. Most likely so if you also experience burning or itching sensation in your vagina. There might be even pain during urination or sex.

Some specific examples are the following:

The way to avoid these is through proper hygiene. Wash regularly and use cotton breathable cotton underwear. Bacteria thrive in wet and warm conditions. Avoid using tight-fitting pants or shorts made of synthetic material. Although it is against common practice, the use of douches and deodorants and scented soaps and washes is actually not encouraged. Douches disturb the natural protection system of the body and scented products may irritate the already inflamed vulva and vagina.

These diseases are easily treatable with antibiotics, so pregnant or not, consult your doctor for the proper prescription right away. Avoid self-medication as you may make a wrong diagnosis and choose the wrong product which may make your condition worse.