≡ Menu
All About Vaginal Discharge > Light Period > Light Spotting Between Periods: Is It Normal?

Light Spotting Between Periods: Is It Normal?

Light spotting in between periods – also known as Intermenstrual bleeding (IMB) – is not uncommon. Many women, if not all, experienced spotting at some point in their lives. It is light bleeding but must not be confused with a light period as spotting vs light period are different. Spotting has minimal bleeding and can be sporadic, normally lasting one to two days; while a light period, has more consistent bleeding that lasts three to five days. 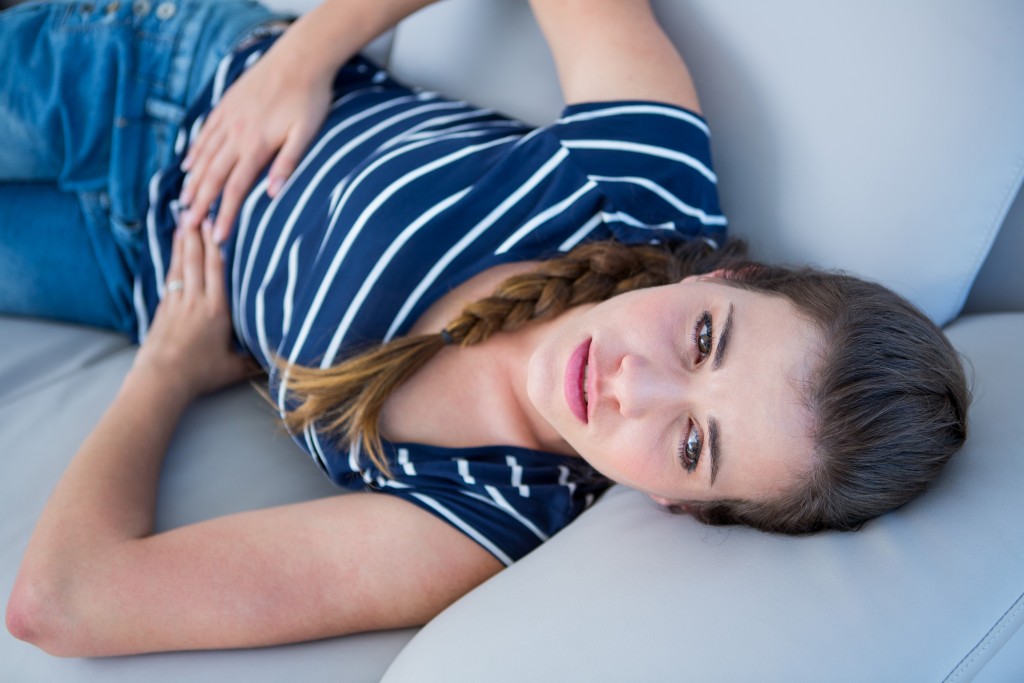 Light spotting in between periods: Is it normal?

Spotting shouldn’t automatically be a cause of alarm, but it shouldn’t be taken lightly either. One should take note that spotting between normal periods isn’t usually part of the normal menstrual cycle. There are many potential causes to bleeding or spotting that occurs between normal periods. Some do not cause concern while some cases are potentially alarming and indicative of much more serious underlying conditions such as hormonal imbalances, cysts, or cancer. But before you start worrying, first observe and take note of some factors which may help you initially decipher the cause of your spotting. One would the timing – how many days before or after your period did the bleeding occur? Another would be the frequency of the spotting and if it is accompanied by any pain.

The color of spotting and characteristics of the bloody discharge is also a good indicator. This can range from light pink, to light red, light to dark brown. The color indicates the kind of blood that has been discharged. Red to bright red is fresh blood. Pink is blood mixed with other vaginal secretions. Light brown to black blood indicates older blood. When spotting occurs, it is important to take note of the color and it may help identify what is happening to a woman’s reproductive system. It will also be important in cases where you may have to consult a doctor.

Causes of Light Spotting Before Periods

Spotting before a woman’s period usually occurs around one week before period is due and is sometimes accompanied with cramping. As mentioned, there are many causes.

Because of their convenience and availability, many women use hormonal birth control, particularly birth control pills, hormonal shots and implants, hormonal intrauterine devices (IUD) and patches. Spotting is a common side effect if using these forms of contraception. All hormonal contraception or birth control methods contain small amounts of synthetic estrogen, progestin, or both, which work as inhibitors of natural hormones in a woman’s body with the result of preventing her from getting pregnant. In the process, due to the adjustment to the hormonal changes, some women experience “breakthrough bleeding” (spotting). These can happen any time within the menstrual cycle – whether after the period is over or before that. There are times when the when the chosen hormonal contraception is not a right fit for a particular woman’s body chemistry and causes hormonal imbalances and cause spotting. When continuous bleeding happens in such cases, it should not be left unchecked by a doctor. Another scenario where spotting can occur when using hormonal birth control if a woman taking the pill misses a dose.

Causes of Light Spotting Before Periods

Apart from oral contraceptives, sometimes stress cause both a missed period or light spotting before periods. Emotional stress (depression, anxiety, worry) and physical stress (poor diet, lack of sleep, rapid weight loss or gain) affect the whole body, including menstrual cycles. With increasing pressure to perform at work while balancing family life, women these days are facing more stress that every before. Does this sound like you? Stress causes the body to increase production a hormone called cortisol (this secreted from the adrenal gland which sits on top of your kidney). The increase of cortisol, among other adverse effects on other parts of the body, lowers the amount of estrogen and progesterone in women’s’ bodies. These are the two main hormones responsible for a normal and healthy menstrual cycle and when must be kept at normal levels. The lowering of the levels of these hormones tends to cause light spotting or lighter periods. It can also cause late periods making women worry why they had no period for that month.

There is also a list of causes of light spotting after a woman’s period. One of the most common causes is ovulation spotting. Ovulation spotting is a harmless occurrence which tends to happen during ovulation – ten days two weeks after period is over depending on a woman’s cycle. It is very light spotting or bleeding which often appears light pink or brown in color and can last from one to two days. It is sometimes accompanied by light cramping as the ovaries release the egg. There are a few explanations as to why women experience bleeding during ovulation. One explanation says that it occurs when the ovarian follicles rupture when the egg is released into the fallopian tubes. Another explanation suggests that the change of the level hormones in a woman’s body is a cause.

Light Spotting Instead of Period

There are cases when spotting comes after a missed period. When this happens with cramps but no period, this may be a sign of early pregnancy. After missed period, very light spotting may potentially indicate implantation bleeding. During the first seven to ten days of pregnancy, it is common to see some bleeding as the fetus goes through the process of itself to the uterus wall. Implantation bleeding usually appears as light pink, light red, or light brown and can last a few hours up to one to two days. As a word of caution, if the spotting is suspected to be a sign of early pregnancy and is accompanied by strong lower abdominal pain, severe nausea, dizziness or vomiting, one get check right away as these may be signs of an ectopic pregnancy or an impending miscarriage.

For women who are in their forties, spotting may be a sign of perimenopause, the long period where a woman’s body begins to move towards menopause. During this stage, there is a lot of instability and unpredictability as the hormonal levels in a woman’s body change drastically, particularly as estrogen and progesterone levels go down. This affects a woman’s menstrual cycle where bleeding becomes very irregular, and this includes spotting instead of a woman’s normal period.

Other Cause of Light Spotting Between Periods

In the earlier paragraphs, STDs and certain reproductive conditions were mentioned as potential causes of light spotting between periods. These are not to be taken lightly and will need medical attention. If left untreated, these may create permanent damage to a woman’s reproductive system; or worse, it may be life threatening.

Common sexually transmitted diseases that can cause spotting are chlamydia, gonorrhea, and trichomoniasis.

As for other conditions of the reproductive system, common known causes of spotting are cervical dysplasia, vaginitis, and cervical fibroids or polyps.

What Can Be Done about Spotting Between Periods?

1. Keeping track of your own menstrual cycle.
There are many ways to do this. You can either keep a diary or use one of the many available phone applications designed to help you monitor your period. These help you keep track of observations before, during period, and after your period; as well as when you have light or heavy period and the color and consistency of vaginal discharge – light pink or light brown – among other things. Understanding your normal cycle and cycle schedule is vital in managing your reproductive health.

2. Managing emotional and physical stress
There are a number of ways to help manage stress and keep the mind and body healthy. Regular exercise, proper rest, mind exercises such as meditation and proper time management can all help manage stress.

3. Getting regular pap smears
A pap smear once a year can help detect any abnormal cells in the cervix. Early detection may help with early treatment and can help you avoid getting to the stage where there is symptomatic bleeding.

At the end of the day, you have to pay attention to your body and take your reproductive health. When you understand your own menstrual cycle, you can more easily manage when spotting occurs. There are some cases where the amount or frequency of vaginal bleeding gives reason to worry. When this happens, it is always best to consult a physician immediately.