Pain during ovulation is becoming an increasingly common concern among women. Often described as sharp pain localized on one sides of the abdomen, painful ovulation, known as mittelschmerz (a German word meaning “middle pain”), occurs when you ovulate as a result of the follicle bursting and releasing the egg. Some women experience ovarian pain to some extent only; others experience both pain and bleeding, and others don’t experience any discomfort.

But while pain during ovulation is absolutely normal and usually not a reason of concern, it’s always a good idea to conduct additional investigations to make sure that there’s nothing to worry about.
What are some types of pain you can expect when you ovulate? Find them below. 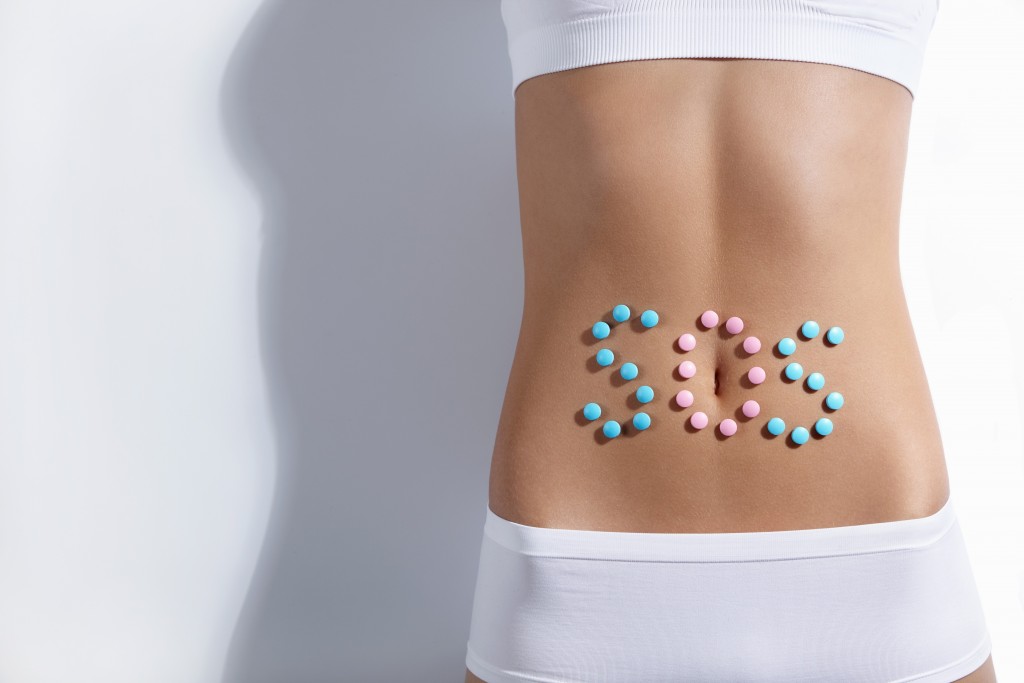 Of all types of pain women get during ovulation, abdominal pain is the most common. It typically occurs in the hips, depending on the ovary that releases the egg. Note that your ovaries don’t necessarily take it in turns to release eggs. This process occurs randomly, so one month you may experience sharp pain in the right hip, the next in the left hip, the next in the left hip, and the next in the right hip again. So, if the pain is localized on a different side of your abdomen than last month, don’t panic.

Abdominal pain occurs due to the stretching of the membrane that covers the ovary just before the egg is released, which causes pain. The discomfort is further enhanced by the blood and fluid released as a result of the release of the egg. Most women feel a very mild twinge that lasts for a few moments up to a few minutes. However, the pain may last for longer depending on your particular case. A few women have reported painful cramps that last for days.

If this is you case, we advise that you check with your doctor as extreme pain during ovulation is often a sign that something more serious is going on (e.g. endometrial cancer).

Vaginal pain during ovulation is a fairly common issue that many women experience due to hormone shifts. It usually feels like a shooting, stabbing pain and lasts for a few moments, sometimes up to a few minutes. Some women report the pain to come back when they urinate and make sexual intercourse quite painful. Keep in mind that you may not experience this pain every time you ovulate. If this is the first time your vagina aches, talk to your doctor or midwife and have the issue investigated.

Unfortunately, pain in the vagina is a symptom of many conditions of the reproductive system. Examples include pelvic floor tension myalgia, endometriosis, pelvic inflammatory disease and vulvodynia. Seeking appropriate treatment is required to avoid consequences such as infertility. 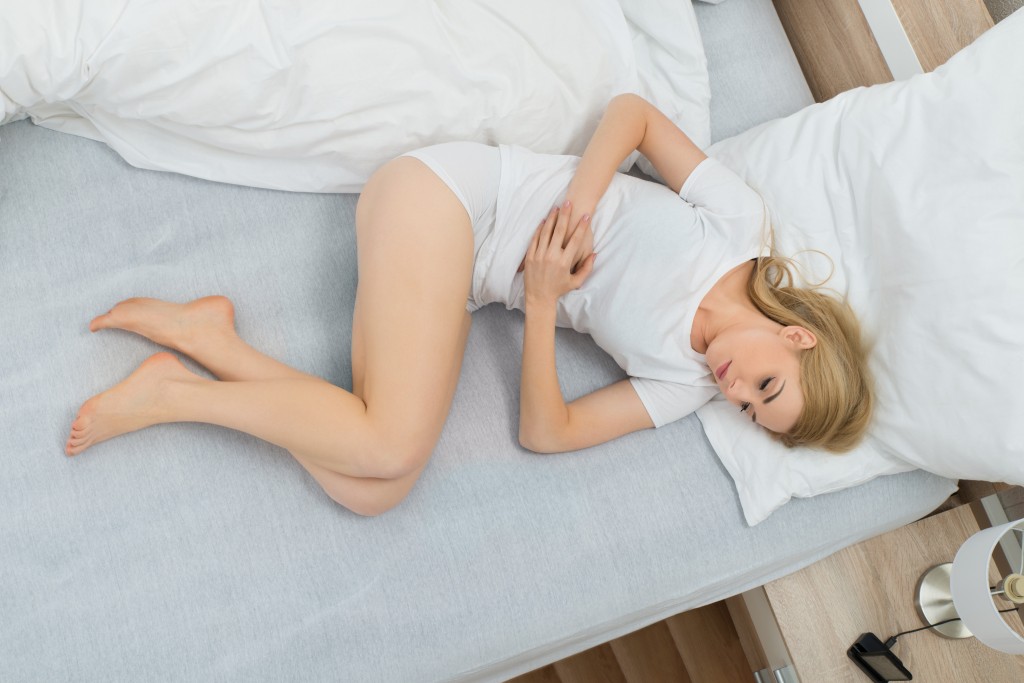 Pelvic pain is a serious symptom that should never be treated lightly. If you experience pain in your pelvic area, it’s important to talk to your doctor as immediate treatment may be needed.

Causes of uterus (pelvic) pain include: 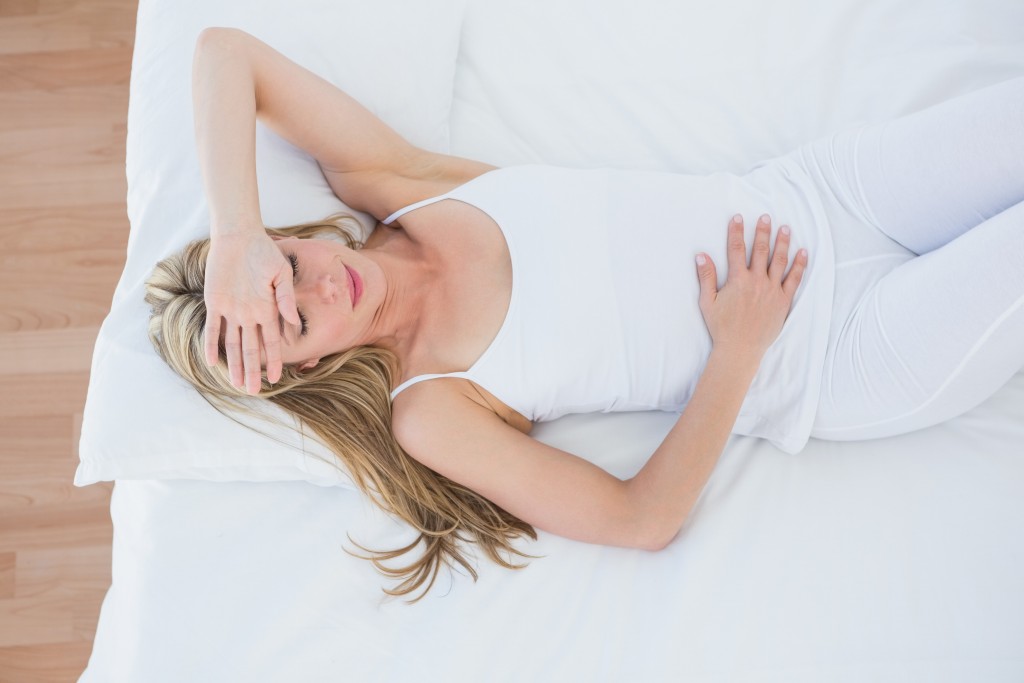 Pain and Bleeding During Ovulation – Normal or Not?

When you ovulate, blood is released as a result of the uterus being released by one of your ovaries. The bleeding is very light and lasts for a few minutes up to one day. You may notice a few spots on your underwear, and your normal vaginal discharge may turn pinkish. If the bleeding persists and lasts for longer than one day, you should see your doctor as soon as possible. Many women assume that it’s normal and harmless to experience pain and bleeding when they ovulate, but this isn’t true.

The bleeding may be caused by a very wide range of conditions, including kidney stones, pelvic inflammatory disease and trichomoniasis (causes spotting).

Are You Really Ovulating?

It’s not uncommon for women to mistaken the time they’re supposed to ovulate. If you experience any abdominal pain but aren’t ovulating, try to figure out when your last period came, and when your next one is scheduled to start. If your next menstruation is only a few days away, you may have premenstrual symptoms, which include stomach cramps, breast tenderness, sensitive nipples, spotting (light bleeding), low back pain, and discomfort in your pelvic area.

Is there any chance you may be pregnant? If yes, then the pain may be due to the implantation of the egg into your uterus, an occurrence that may also cause light bleeding.