≡ Menu
All About Vaginal Discharge > Ovulation Pain: Should You Be Concerned?

Ovulation Pain: Should You Be Concerned?

Mittelschmerz (mittel = “middle” and schmerz = “pain”) is a German term used to describe ovulation pain, which is characterized by cramps localized in the abdomen on either the right or left side of the pelvic area. Mittelschmerz occurs when the egg is released by one of your ovaries, and can last for a few seconds or sometimes up to 24-36 hours. The intensity of the pain depends on a number of factors, and usually varies from woman to woman.

Pelvic pain when ovulating may be accompanied by additional symptoms, including:

Unfortunately, not all women experience the same symptoms, or the same extent of pain. Many women report a few symptoms only, and a reduced level of discomfort, while others have all of them and unbearable pain.

Worried that what you’re experiencing isn’t ovulation pain, and that something more serious may be going on? Here are 4 stories from our readers to help you get an idea about what may be the issue. 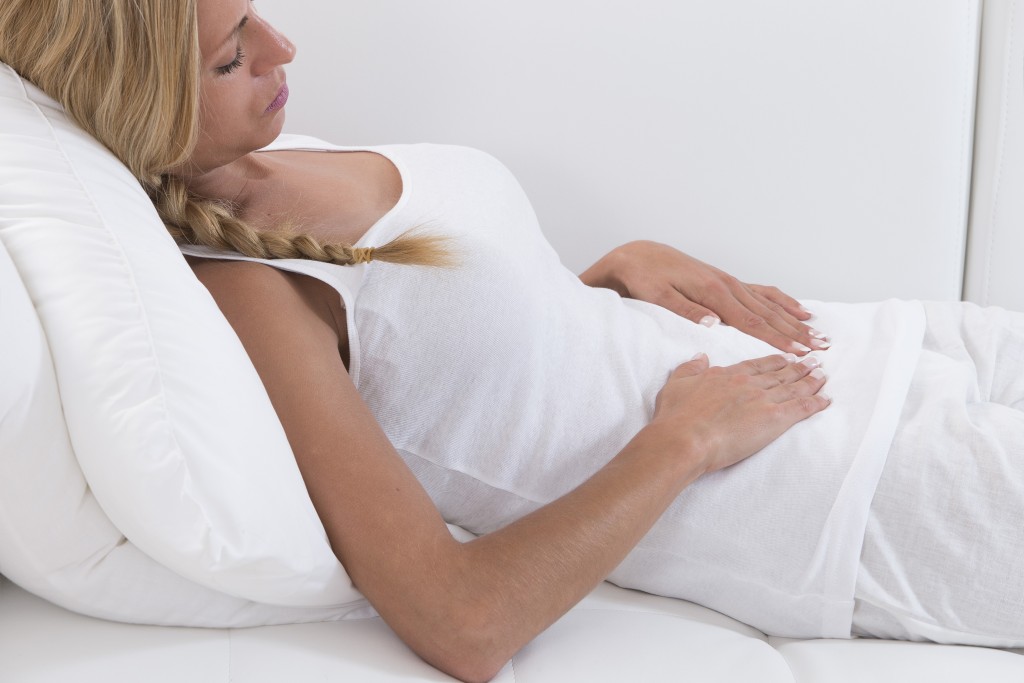 I have had a hysteroscopic myomectomy about five months ago. My doctor diagnosed me with uterine fibroids, so I had to undergo this procedure to get rid of them. I’ve been having my period regardless, but recently I’ve noticed some pelvic pain that’s interfering with my day-to-day activities. It’s so bad that, if I don’t lay in the bed,

I feel like calling an ambulance right on the spot. I also have lower back pain, much like when my period is about to come.

The thing is, I ovulated about four days ago, so this is post ovulation pain, and it doesn’t look normal to me. My doc says everything is fine, but I’m afraid I might have gotten an infection or something similar. Could you please tell me what may be causing this? Should I ask for a second opinion?

It’s difficult to predict potential adverse reactions of the procedure. If the fibroids haven’t been entirely removed, then that may be the source of the pain. However, if they have been removed, then the healing process itself may be a little painful, at least in the beginning.

The pain after ovulation is concerning, and usually a sign that something more serious than uterine fibroids may be going on, such as endometriosis or cancer of the uterus, cervix or vagina. Although your doctor says everything is fine, you should never take that for granted. Instead, you may want to ask for a second or even a third opinion to see if there’s something going on except for the normal healing after the hysteroscopic myomectomy you’ve gone through.

It’s important to make sure that the date you thought you ovulated is accurate, as many women misremember it. That’s why I always recommend my patients to keep a calendar – it helps with keeping track of their ovulation dates, as well as the date when their period is due to arrive. Try remembering the date when your last period arrived, and depending on how many days your menstrual cycle has, count to the day you were supposed to ovulate.

If ovulation should have taken place later, then the symptoms you’ve been experiencing were due to the egg being released. If the date coincides with the date you thought you ovulate, then you’ll want to talk to another doctor and get a second opinion. An infection may be extremely possible, so you will probably have to take antibiotics. I recommend that you start eating more yoghurt if you do, as antibiotics may lead to yeast infection. Or, you can start taking a probiotic supplement.

2. How Long Does Ovulation Pain Last? 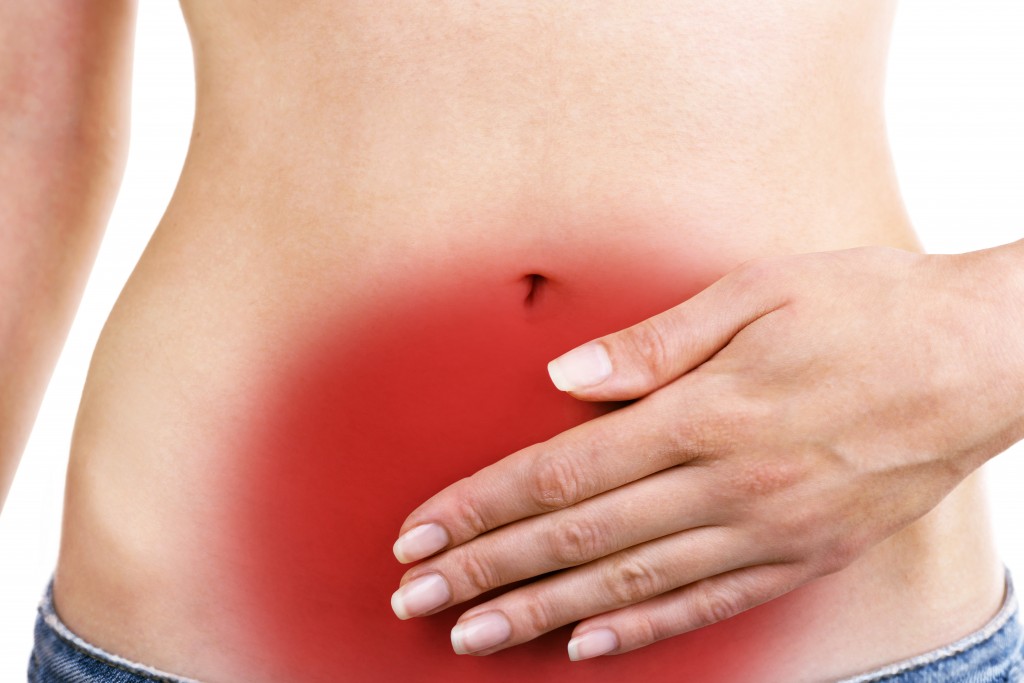 Is it possible for ovulation to last more than two days? I was supposed to ovulate on September 18th. I started having stomach pain like normally, breast pain and some nipple pain. However, it’s September 20th and I still have them. It usually lasts no more than 2-3 hours, so this is really strange. I’m also experiencing something I’d describe as uterus pain. Usually, I feel the pain in one side of the abdomen, but the pressure is now in my whole stomach.

How long does ovulation pain last? Is it normal to still have these symptoms after I ovulate? Is pregnancy a possibility? I’ve last had sex five days ago, and I was in my fertile window. I’ll appreciate your opinion!

Thank you for contacting us. To give you a short answer, no, ovulation pain doesn’t last longer than 24 hours. Most women who have mittelschmerz report the pain to dissipate in as little as a few minutes. Many of my patients have told me the pain appears and disappears throughout the day, but it’s completely gone before the night comes.

The first thing to do is to recheck your ovulation date. It’s a good idea to write down this date every month, as well as the date your period arrives so you never misremember them, and can get an accurate reference. Your ovulation date depends on the length and regularity of your menstrual cycle. Normally, you ovulate about 12 to 14 days before your next scheduled period. So, if you have a 28-day menstrual cycle, you’ll ovulate between the 14th and 16th day.

To calculate your ovulation date, count 12 to 14 days back from the date your next scheduled period is due to arrive. However, you should remember that ovulation doesn’t occur exactly on the same day of your menstrual cycle every month. It may occur one day later than predicted, and this may interfere with your calculations. This may be your case as well, which explains why you’re still experiencing the issue. Many women report cramping before ovulation even occurred.

If the date is accurate, then you’ll want to consider a few other possibilities. First, pregnancy – if you had sex 4-5 days before ovulation, or right when you ovulated, then fertilization might have occurred. While you won’t experience immediate pregnancy symptoms, you may have some discomfort as the egg starts to embed to your womb. However, this possibility is almost nil, so let’s move on to the next possible cause: sexually transmitted diseases.

Gonorrhea, Chlamydia and trichomoniasis are known for causing discomfort, although symptoms have to do with your vaginal and vulval areas (e.g. abnormal discharge, itching, swelling, burning etc). I suggest that you talk to your doctor and have him/her take a few vaginal swabs for lab tests, just to make sure you’ve ruled out the possibility of an infection.

The more serious conditions you should be concerned about are endometriosis, and cancer of the reproductive system (vaginal, uterine, cervical and endometrial). Have you noticed any vaginal bleeding or unusual smell coming from the vagina? How does the pain feel – shooting and stabbing, burning, or dull and achy?

It’s important to diagnose these conditions on time to avoid very serious, sometimes fatal consequences, so be sure to talk to your doctor and explain the symptoms you’re experiencing in detail. 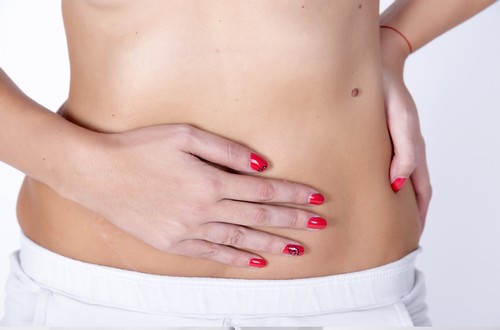 I’ve been having this burning question for some time now, and I don’t know who to ask about it. I know ovulation is supposed to be painful. I actually have some mild cramping every month, but I’m not sure why? What causes the pain and discomfort I’m feeling? Since I’m not on my period, and there are at least 12 days before my period comes, I can’t understand this.

I have my period for some time now, but I am too embarrassed to ask anyone about this. My friends got their period too, but I think I’d look dumb if I asked them.

I’m pretty sure your friends have their burning questions too, and much like you, they’re too embarrassed to ask anyone. Most women are fairly unknowledgeable about their period and menstrual cycle, and start asking questions only when they experience unusual symptoms, or try conceiving.

Ovulation pain occurs for a number of reasons. As you probably know already, about 15-20 eggs start maturing in your ovaries every month. Of them, only one reaches maturity – that’s the egg that will be released when you ovulate. Right before this happens, the membrane that covers your ovary stretches, which causes cramping and discomfort. When you ovulate, blood and fluids are also released, which intensifies the discomfort.

You may also feel some bloating. Most of my patients tell me their jeans feel a little tighter than usually around the middle of their menstrual cycle. Breast tenderness is caused by hormone changes, as estrogen levels drop and progesterone dominates.

Ovulation pain is a normal part of your menstrual cycle. Not only does it help you identify the prime time to hop into bed and have baby-making sex (or stay away from it completely), but it also indicates that ovulation is occurring, and hence you’re perfectly healthy.

If your ovulation is particularly painful, talk to your mother about it and consider scheduling an appointment with a gynecologist. 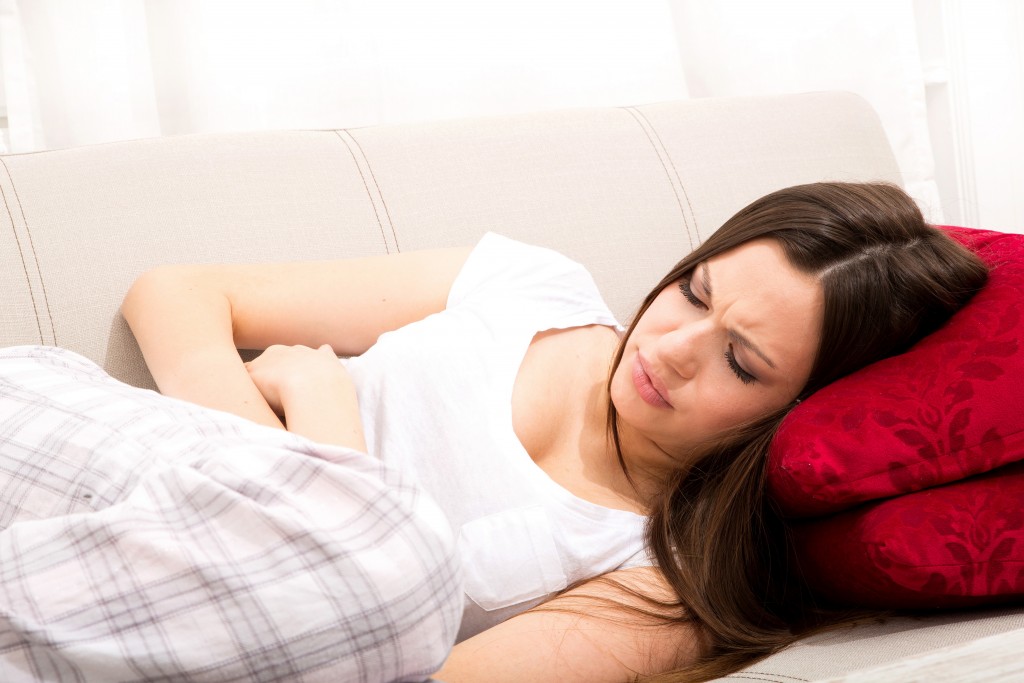 About ten days ago I got my period, and now I’m heading into my fertile window. My menstrual cycle is very short (26 days). I’ll be ovulating in two days. The thing is, I have this awful shooting, stabbing pain in my vagina, just like someone would insert a knife or something like that. It’s not constant – it usually lasts for a few minutes, and comes back later. It’s especially painful when I urinate.

I initially thought I have misremembered the date I was supposed to ovulate. It happens to me sometimes. But I haven’t. What’s causing the pain? Can this interfere with my fertility?

Vaginal pain is never a good sign, and can often indicate the presence of a very serious underlying issue. I recommend that you seek medical assistance immediately, and talk to your doctor about your symptoms.

Pain in the vagina may be normal at times, especially right before ovulation. It happens due to hormone changes in your body, but it is rather uncommon. Have you had sex recently? Sexually transmitted infections such as gonorrhea, trichomoniasis and Chlamydia may also cause discomfort in the vaginal area. You may want to let your doctor take a few vaginal swabs for lab testing to see if you’re dealing with an infection or something more serious.

If it’s an infection, he/she will probably prescribe you antibiotics to stave it off. Don’t forget to supplement your diet with probiotics to avoid any risk of yeast infection.

If it’s not an infection, you will want to explore other, often more serious possibilities. Endometriosis, as well as cancer of the endometrium, vagina, cervix or uterus, are well known for causing all sorts of pain in the reproductive tract. Appendicitis may put some pressure in your pelvic area, making the pain appear as if it came from the vagina. Another possibility is ovarian cysts, which are essentially due to follicles not bursting to release the egg.

Uterine fibroids can make your periods painful, and also cause shooting pain in the vagina for a brief time. Your doctor may recommend you certain medications for shrinking them, or non-invasive procedure for completely removing them. Since they may interfere with your conceiving efforts, you will want to choose the latter, as removing uterine fibroids will help you get rid of the pain and make getting pregnant easier.

An accurate diagnosis of the issue will be necessary, and I can’t tell what the cause of the vaginal pain is without knowing more about your medical history and tests. Let’s hope it’s your ovulation causing the pain, as a more serious underlying condition may require surgery.